Documentary Chat: Exterminate All the Brutes 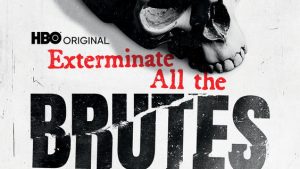 In April, 2021, HBO premiered a 4-episode docuseries called Exterminate All the Brutes. This series, directed and narrated by Raoul Peck tackled European colonization and how it has shaped the world we currently live in. I watched the series and recapped each episode. I invite you to watch my series and encourage you to join in the conversation on Youtube.

Once you watch this first episode, make sure you subscribe and watch the rest of the series.

No comments to show.