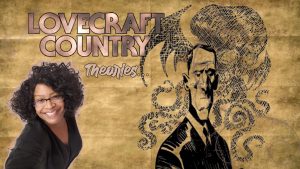 A long-time fan of Edgar Allen Poe, I was excited to learn about the book Lovecraft Country being adapted into a television series. I’d read up on H.P. Lovecraft when I learned that Edgar Allen Poe was inspired by him. I learned about the series and the novel at the same time and decided to watch the series without reading the novel first. I did, however, put the book on my “to be read” list. Initially, I’d only planned to watch the series and enjoy it for what it was – a Black sci-fi/fantasy/horror television series. But after watching the first episode, I was inspired to do video recaps of each show. Lovecraft Country, the television series did not disappoint! It was a journey through fantasy/horror/sci-fi clearly filtered through the lens of being Black in America.

Check out my recap of episode 1 below. Then subscribe to my YouTube channel so you can return to watch the rest of the recaps.

No comments to show.